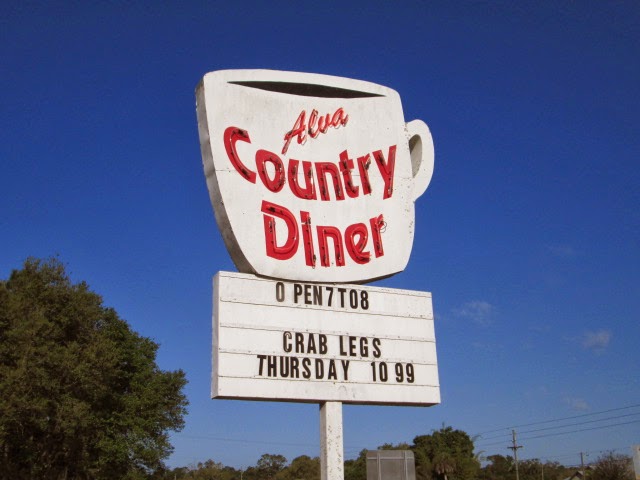 Hooking up with the Rebel Riders  through Meetup.com to go for a breakfast ride to the Alva Country Diner.

As I woke up to a chill in the air this morning, I had to keep telling myself that this time I would not cancel this ride just because the temperature was not as ideal as it should be and to stop being a wimp about the weather. (To most people this morning chill is really nothing more than a fresh start to the day – remember I am unique J)

Last months breakfast ride I opted out only because there was a cold front that passed through that morning, just too frosty for the likes of me (Shhh, that is our secret  J)


I did a quick check of the weather before we left and was assured that it was going into the 80’s, however I was still hesitant because the wind speed was 21 mph with gusts of 31 mph. (Normally, if the wind speed is above 10 mph I prefer not to get out on my bike – I am a light-weight what can I say J) I was at least confident that by the time we were finished breakfast the temperature would be “sandy” warm and would be more appealing to my sensitive body core temperature. (Don’t think I have to tell you I wore my Hoodie and put the liner in my jacket)

As we rode out to the meeting spot at a nearby 711 the cold wind cut into my face like razor blades, it was all I could do to stop my teeth from chattering. I started to have second thoughts…but of course there was no way I was backing out now, so I persevered and managed to keep my chattering in check. We arrived a bit early, which thankfully gave me some time to warm back up again. The sun was starting to heat things up quickly, now if only the wind would calm down it would be perfect.

Right on time, five bikes pulled into the parking lot. It was nice to see that there were actually other females in the group this time! Tom (the organizer) is a great guy, he reminds me of a big teddy bear – he likes to hug a lot – just the women though J We also finally got to meet his wife, Naomi. She is really nice! Besides Tom, we had never met the other people riding in the group today, so after some brief introductions we were on our way. All together there were seven bikes (10 people)


Alva Country Diner from 711 on Gunnery Road along Buckingham Road

It was only a short, twenty-minute ride from the meeting place at 711 along the curvy Buckingham Road until we pulled into the restaurant. There were several sections of that road where the wind tried to toss me like a rag doll and I was constantly fighting to keep not only on the road but to keep up with everyone. I managed to make it in one piece. – I hate wind… (Not part of our group) 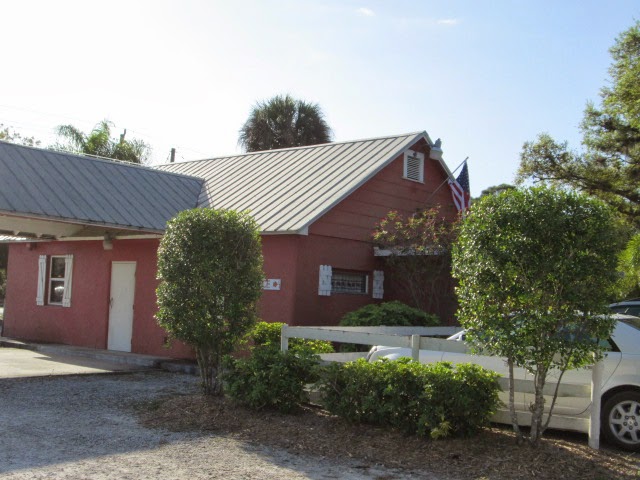 Surprisingly the place was packed and there were people waiting outside for a table. Tom had of course reserved us a table, so after a brief wait we were gathered around the table getting to know everyone. The food was okay, (nothing special, but good non the less) you definitely couldn’t complain about the price and the best thing was that the company was excellent!  A great group of people; to ride and break bread with.

Being new to “group” riding proved to be a challenge for me today  (actually, this is only my second time I have done it). I think it was different this time because we were riding more on the side roads with quite a few technical curves – some of which were quite fun, but I do have a tendency to go slower than most around some of them. I am sure everyone likes to ride at their own pace, and I am no different. Of course, my other half is aware of my riding style and we ride well together – and so we should!   When I feel uncomfortable on a particular tight curve I slow down. (Could be a physiological thing and I flash back to when I was just learning to ride and hit the guard rail on a curve and broke my thumb – I was told, you are not a biker until you have “kissed the pavement” – I prefer not to “kiss” ever again J ) However, riding in a group, you do have to keep up, at least within reason. I also was struggling with the wind gusts, which wasn’t helping me to keep pace with the other riders either.  - did I mention I hate wind…


For not really knowing the group we are riding with, they seem to be understanding and accommodating -That or they were just putting up with me because they wanted just to get to breakfast and didn't want to be rude - lol.

After breakfast Tom asked if anyone wanted to go to the Flamingo Island Flea Market  in Bonita Springs. (warning, if you visit this site it has music that you can not turn off!!) It is a much smaller flea market than the huge Flea Masters that is in Fort Myers.


We had actually been to this Flea Market last year, (once was enough for me lol) but it would be a nice ride out to Bonita Springs so we decided to go anyway. Besides, even though the wind was wrecking havoc on me today, I still wanted to get some more riding in. Everyone else had made other plans so it was just going to be Tom & Naomi (who were doubled up) and us. (or maybe the rest of the group couldn’t put up with my slow riding style any longer - lol)

We did make it our destination, the Flamingo Island Flea Market, walked through and had a few laughs. - It wasn’t my fault I couldn’t get the door unlocked in the bathroom!

[Personal Thoughts on Flea Markets in general: they certainly are not like they used to be, I remember when you could get a pretty good deal at a flea market depending on what you were looking for, now they seem to be more of a glorified junk sale with high prices! J  - I had to scratch my head when we walked by this one booth - who decides that getting their teeth whitened at a flea market is a good idea?]

After an hour or so of wandering aimlessly through the narrow isles in the stifling heat and trying not to get trampled on by the crowds of people it was time to head home. We said our goodbyes and headed our separate ways. It was nice to be back out on the open road again. (I even took out my jacket liner and left my Hoodie in my saddlebag for the ride home!) We decided to take Corkscrew Road back. Less traffic and stop lights than on 41 and if we can avoid a highway like I-75 we do!


As we headed down Corkscrew Road, there were loads of loose piles of dirt that stretched along the side of the road from a new housing development. Up ahead, I could see where the wind gusts would catch the dirt blasting it across the road, reminding me of a sand dune in the Sahara desert. As I approached, I braced myself for the blast of fine pellets that assaulted my face. I managed to survive...barely J

It was a much easier pace for me on the way home, (I guess it all comes down to what you are used to) however, the strong wind wouldn’t let up all day and I felt more like I had been battered black and blue (no real bruises, I checked) I blame the wind for making me feel totally exhausted today! (or I am just getting old)


I have come to the realization, as much fun as a group ride can be, I don’t think I am quite ready to join those massive groups of riders just yet…I will stick to the smaller ones for now, if they will have me J
Posted by the Frozen Canuck at 3:10 PM