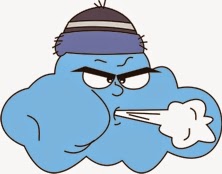 The weather has not been ideal lately to go cruising out on the bikes. Yes, I admit it, I am a fair weather rider and proud of it!  But finally the weather has warmed up a little - it was only going up to 23 C (73 F) today - however once we were on the road I noticed that the wind, which must have been at least around 20 km /12 mi. had a very cold raw edge to it. (In my world, the wind speed should be 10 km /6 mi. tops, even better I would not have any.  J). Anyway, I was just happy to finally be out on my bike again and persevered through the chilling wind.
(OK, for all you snowbound Canadians, I won’t complain, (too much <grin> ) - compared to Canada, 23 C is the middle of summer)

I decided for our tour today we should go back to Pine Island and in particular, St. James City. It would make for a nice ride, not too far, yet far enough to satisfy the ‘rider urge’ J
(You might remember, last year we had went there to the Ragged Ass Salon with the Rebel Riders).

Geo Fact:   Pine Island is 17 miles long and 2 miles wide with mostly agricultural land and is surrounded by mangroves, so there are no large beaches to lounge on. Even though it is the largest island in Florida, it still retains much of its natural landscape. The island is made from the same coral rock as the mainland and includes three aquatic preserves. Pine Island consists of five communities; Pine Island Center, St. James City, Bokeelia, and Pineland including Matlacha which is actually a small separate island.

Pine Island Road (County Rd 78) is the only road that connects Pine Island to the mainland with a two-lane bridge that leads over to the two-mile Island of Matlacha,
(FYI: pronounced "MAT-la-shay")

Matlacha is a bustling little town packed with quaint and very colourful, albeit over priced shops for the tourists, along with a few seafood restaurants nodding to its history as a fishing village. The traffic was bumper to bumper as we drove through, but that just gave me a chance to take in all the colour of the town.

We made a brief stop (so I could at least snap a pic or two) then headed on down the road again. As the traffic thinned out it became a very pleasant cruise over the rest of the island.

We headed towards St. James City, which is an overstatement by all accounts, at least not one that would first come to mind when you hear the word ‘city’ – you won’t find any skyscrapers here either but rather a sleepy little community with what looked like more restaurants than people. Supposedly it is the most populated part of the Island, however you would never know it. About 5 minutes past the collection of restaurants (Low Key Tiki, Ragged Ass Saloon, Woody's Waterside Island Bar & Grill and Froggy's) the road abruptly ends - surprise – at the water. 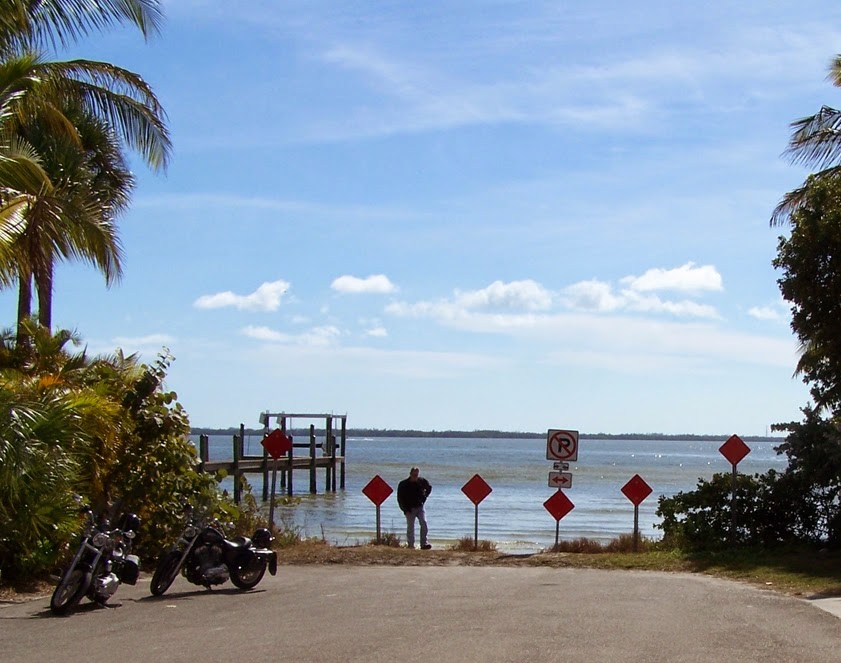 We stopped for a few minutes and took in the view of Sanibel Island and the Sanibel Causeway. I realized that it was in fact actually a busy place after all; in the few minutes we were there, seven cars turned around…


On the way back the traffic was lighter through Matlacha, maybe it was ‘rush hour’ when we first went through. Although at one point we were at a complete stand still for a few minutes while the bridge lifted for a passing boat.

Sometimes it is what I see while I am just cruising along that is just as interesting as the places we visit. I must really invest in a helmet cam, that way I can capture the unusual things I see along the way; like on our way through Fort Myers we passed a woman on a bicycle wearing a housecoat.
(? - I have seen people wearing their PJ bottoms shopping, but this was a new one for me.)

Then on our way back there was a car pulled off to the side of the road and a man was getting in the back wearing a Batman costume.
(It is still January right? – lol - Maybe his Bat-mobile broke down and was hitching a ride…)

As always, just another great day for a cruise in paradise… 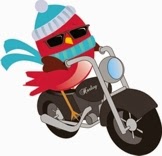 Posted by the Frozen Canuck at 7:43 AM