**Any unauthorized reproduction of images/photographs displayed on this site in any form is strictly forbidden.**

Since the inception of my blog I have started taking a lot more pictures. I thought it would be a good way to compliment my written work with having visual aids to enhance my adventures. With amassing all those photos that got me to pondering…

Over the years I have taken only a few pictures of places that I have been, or snapped a couple off at a family gathering. (I know I am not unique in doing this -darn). However, I have to admit I have probably taken more pictures of my cats over the years than of my own family. (Horrible, isn’t it)


I wouldn’t consider myself even an amateur photographer; I just think of myself as a ‘picture taker’ of sorts. Half the time I end up cutting off someone’s head or the subject I was taking ended up as a blur. Lucky technology has caught up to my inadequate photography skills and now it makes things very easy, like point and click. I still get the odd bad shot; at least my success rate has risen substantially J 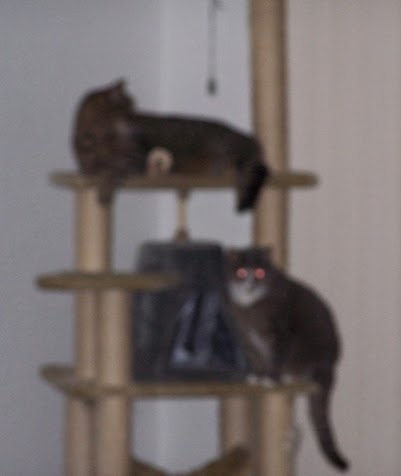 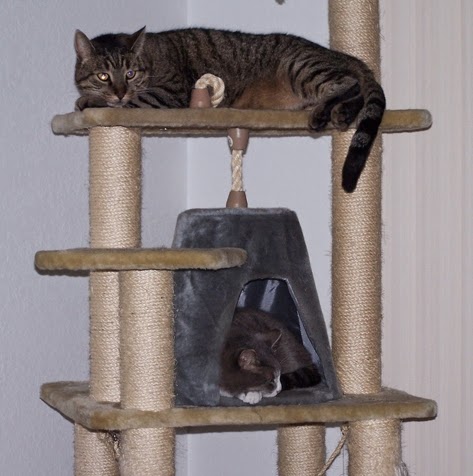 
I am lucky, my Mom and Dad have always been avid keepers of family memories. They have a basement full of plastic totes overflowing with pictures. On several occasions I got lost for an entire day wading through all those photos! From one generation onto the other, some handed down to create an even greater span of people and memories. I just love the feel and look of old pictures;  crinkle cut edges and sepia tones, they draw me in with that nostalgic feel.

It evokes a simpler time, the ‘good ‘ole days’. Personally I never did quite understand why people from that era called it the good old days, I didn’t see anything simple or good about lugging big blocks of ice from house to house (My PaPére [Grandfather] actually did that) or being on food stamps and rations because of the war.  Perhaps it may be just because life ran at a slower pace back then, it was more “pure” to the generation of that time.


It is hard to believe that home computers didn’t even exist when some of these pictures were taken, let alone digital cameras. My Mom is still ‘old school’ when it comes to her photos, she insists on putting them in photo albums, of course after my Dad prints them from the computer (a modern convenience in which my Mom reluctantly allowed my Dad to have J)


I can see where she is coming from wanting her pictures printed out, I feel more of a connection when I hold a photo in my hand, rather than looking at them on a flat computer screen. - I don’t think she really trusts computers – wink


When my parents celebrated their 50th wedding anniversary (impressive, huh – wow, has it really been almost six years!) I decided that I would make a “Here is your life” memory book for them.

I descended into the cold depths of their cellar (really, it is cold down there!) and pulled out the plastic tombs of memories from their dark closet crypt. Inside I unearthed an additional smaller cardboard tomb, it was an inherited selection of even older photos that lay scattered about in no particular order. I was an archaeologist wading through the mounds of precious artefacts, sorting and pausing at the interesting images that were telling a story, while trying to fit the pieces together.

Black and white, yellowing edges, faded and creased with age; piece by piece I gathered up the moments in time. As I explored deeper I knew the instant I had hit another era just by the style of photo I held. (it also helped that most were dated on the back J) The 1970’s had a peculiar look, lending a surreal quality to them. The colour gave it an almost unnatural look, like someone had decided to paint an old black and white  – (or maybe it was just the style of clothes back then –wink)


Curious, I later discovered that it has to do with colour saturation and contrast and how cameras used to work back then – photography stuff, but I am not a photographer, I am just a picture taker. J  A small part of me took offence to the term that was used to describe the era, and how you could get that ‘vintage’ look in your photos of today. – I don’t feel vintage, at least not yet –wink

I was getting closer to the current decade as I approached the 90’s. (Okay, I still had another 20 odd years to go J) I was a witness to the natural progression of aging while I was also reminded of the ones who were no longer with us as they faded out of view.


I realized how important, really important, all these pictures were to me. The photos I held were memorializing all those precious moments in our life together. Even though in some of them I was too young to remember, they told my family’s story, preserving a section of our lives while serving as a visual resource for the moments in time we shared.


Time has a way of making things fuzzy and I had forgotten many occasions through the years, but when I seen a photo it immediately transported me back to the exact moment in time or I recalled a story my parents had told me. As I sorted through the decades a spectrum of feelings were conjured up from the depths of my soul. I was immensely aware that one day if memory fails I might find solace in these old photographs again...

The photographer was Vivian Maier, 1950-1990 she was a nanny living in Chicago with a passion to take pictures. She took thousands of photographs over her lifetime and just hid them away from public view, even her closest friends did not know about her passion.

Then I contemplated over my own old paper photographs, crammed into my own tombs of plastic, where will they end up when I am gone and no one is left to cherish them as I had…would it even matter…

Posted by the Frozen Canuck at 6:03 AM